A Hypothetical Link Between Verbal Fluency and Functionality in Aging: A Systematic-Review and Paths for Future Research


Background: Verbal Fluency (VF) tasks are known as multimodal measures clinically useful for monitoring cognitive decline during the aging process. Considering that the executive control observed along VF tasks calls for a set of functions directing the behavior toward a general goal, it may be assumed that there is a correspondence between VF ability and Functional Capacity (FC).

Methods: With this assumption in mind, the author aimed at performing a literature research on VF ability and FC within aging.

Results: Only four studies whose title/abstract presented the target key-terms, partially fulfilled the adopted criteria and were selected for discussion. Taken together, these articles attempted to correlate cognitive material to aspects of functionality, one of which not doing so directly with the elderly and another with no specific association with VF abilities.

Conclusion: Theories suggest that VF might be associated with complex executive mechanisms. Still, a theoretical scheme and controlled researches possibly able to shed light on the underlying balance among the VF abilities and functionality within aging are as yet, unknown. 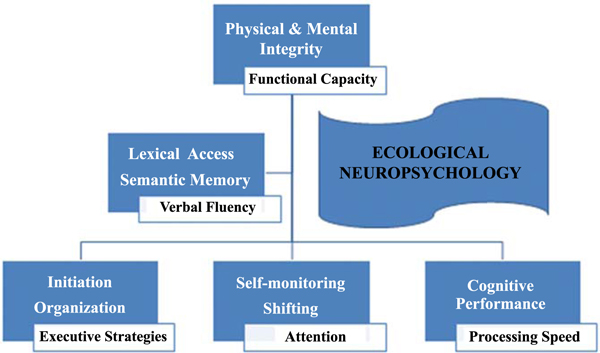